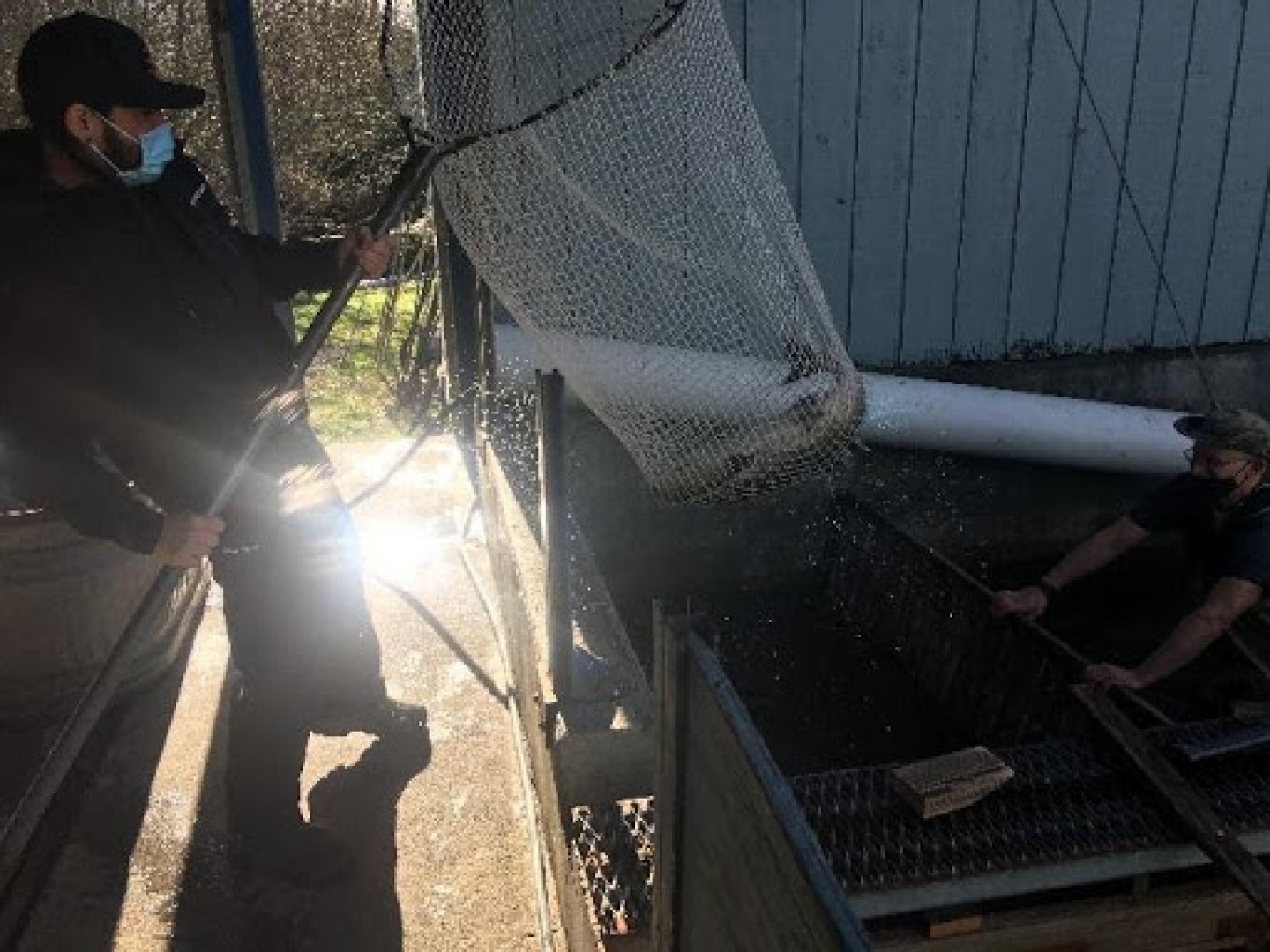 The spawning of adult Chinook salmon has started at the Rowdy Creek Fish Hatchery. Due to the lack of significant rainfall for most of October and November, the adults began arriving at the hatchery approximately one a month later than normal. The first Chinook were trapped on November 15th and the trap continued to catch salmon through November 20th. The numbers of fish returning to Rowdy Creek so far this season have been lower than average, hopefully, the next rain will bring another pulse of fish. The majority of the fish caught at the hatchery have been jacks, which are male salmon that mature and return to spawn at two years old, while most adult salmon return as three and four-year-olds. Tolowa Dee-ni’ Nation
Natural Resources staff have been assisting with trapping, spawning, and collection of scale and genetic samples. The Natural Resources Department with the support of the Tolowa Dee-ni’ Nation has successfully advocated for the harvest and distribution of spawned fish to Tolowa Dee-ni’ Tribal Citizens. This is the first time in the history of the Rowdy Creek Fish Hatchery that we will be conducting these activities. The Nation feels that this carcass distribution plan is a step in the right direction and recognizes this as a positive resource management agreement between the Nation and the State of California.

Keep in touch with us

Rowdy Creek Fish Hatchery is in operation 365 days each year. Numerous school children visit the hatchery and several of the local schools have developed classroom incubation programs. This technology allows each student a hands-on opportunity to experience the wonder of nature. You will find fish at the hatchery during the entire year, during the spawning season the activity is greatly increased.